In 2018 current President Justin Schonegevel launched the Wynberg Rotary Talks series with the aim to highlight Rotary through a series of quality speaker nights. It was a successful launch with host Andre’ Du Toit and guest Braam Malherbe entertaining and engaging the audience.

Wynberg Rotary Talks returns in 2021 with a series of great speakers lined up to inspire; encourage and amaze you.

Once again hosted by The Big Positive Guy Andre’ du Toit, Rotary Wynberg will be hosting on Zoom a series of five inspirational, interesting and energetic speakers every 4th Thursday at 18:30 from February until June 2021.

We are proud to announce the first three speakers that you don’t want to miss! 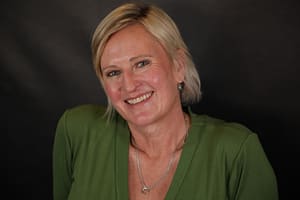 At 50 years of age, with a high paying international job, a paid for house and the single mother of a nine year old, she did the unthinkable and sold or gave away everything she owned, until everything could be packed in a 12kg rucksack and for young Indie in an 8kg rucksack.

She then bought a plane ticket and the two of them set off on an unforgettable journey to explore the world. Learn about her fascinating insights, the weird and wonderful places they visited and just as motivational, where are they now, nearly a decade later.

Bring your passport and your spirit of adventure; this is not too be missed. 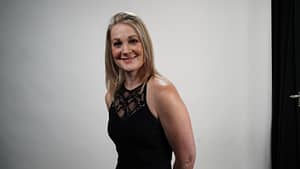 Born with respiratory ailments, Tanya’s health was always difficult and as a teenager would spend as much time in hospitals as she did at home. She tells the tale of incredible doctors and a supportive family who sustained her through difficult years.

She married, had a daughter after a difficult pregnancy her lungs deteriorated until she only had 14% lung function left. Her story as Africa’s first double lung transplant in a government hospital will leave you moved and in awe of the people who did and still support her.

Bring tissues, this speaker will both move and inspire you.

Born with Cystic Fibrosis, Jason’s parents never shared with him that his life expectancy was only 10 and treated as a normal child as far as possible.

CF is a difficult disease which builds up a thick mucus in his body and especially his lungs, which he describes as having the consistency of syrup, Jason discovered extreme exercise could do the same as a session with a physiotherapist.

Today an extreme athlete who has completed the Cape Epic, finished the Cape Cycle Tour in the top 600 places and in May will be cycling the height of Everest, 9km without a break,

Jason will inspire you to what is possible, if the human spirit is strong.

Join us and be part of this amazing speaker series

The Rotary Club of Wynberg proudly invites you to join in this amazing speaker series.

The series is open to all Rotary Club members, Interactors, Rotaractors, family members and Public to attend.

For more on Rotary and the Rotary Club of Wynberg visit

Please note that all the Talks start promptly at 18:30 and will be hosted on Zoom.