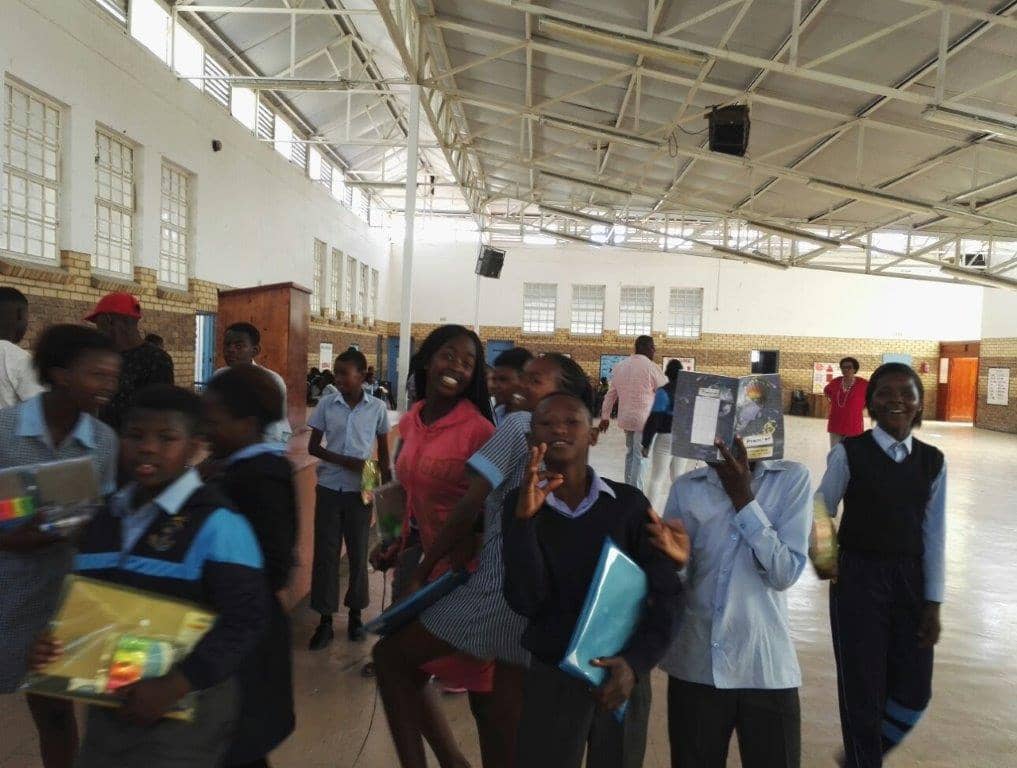 On Wed 6 December we visited Isiphiwo Primary School with the donors Steve and Geraldine from France. Using the funds that Steve has donated, stationery packs were handed to all Grade 7s leaving the school to go to High School. Steve gave them a talk about succeeding in future and that anything is possible if they put their head down and work. He gave real examples of people he is currently working with. A handful of children END_OF_DOCUMENT_TOKEN_TO_BE_REPLACED

The final stages of the building of a computer lab for Isiphiwo Primary School required some hands-on work by members of RC Wynberg. Accordingly a group left for the school on Saturday 17th January 2015 to erect shelves, move old computers out and new in. By the looks of it a lot of fun was interspersed with some very serious work.

Our thanks once again to our American donors for the money for this centre. The benefit to the school and the community will be immense!

END_OF_DOCUMENT_TOKEN_TO_BE_REPLACED

Wynberg Rotary was fortunate to host two different visits to Isiphiwo Primary School during the last month. And from the reception, the school was thrilled!

The first visit was by Alina Topp, our STEP exchange student from Germany. Alina was given the Khayelitsha tour with a stop-over at Isiphiwo. We found that the Grade 3 class who have twinned with a French class as pen pals had made lovely mobiles using hangers (below).

The school has once again been recognised for their efforts. We found a number of paintings down the corridors with number and letter puzzles and general interest and geography lessons. Thanks to the Department of Education who have recognised Isiphiwo’s efforts and provided a some money that had to be appropriately spent on promoting literacy and numeracy.

We noticed that the school has also shown pride in their surroundings. Bricks that had been lifted and stored in the quad had been put to great use by paving a previously sandy area and building a low retaining wall. Once again, using resources that they have to beautify the grounds for the learners.

The second visitor was Marty the Magician, returning for his third performance at Isiphiwo, END_OF_DOCUMENT_TOKEN_TO_BE_REPLACED