Wynberg Rotary is proud of Ruth and Justin Schonegevel who has been chosen to chair Early Act and Interact in the District respectively the coming Rotary Year.

Justin has a long history being involved with youth from his time in Rotaract before joining Wynberg Rotary in 2013 where he started the Interact Workshops again, got involved with Adventures in to Citizenship and included Interactors in their project. Justin recently ran the new Rotary Talks series in partnership with Interact at Bergvliet High School. Justin was awarded a recognition of Service to Youth in 2016 by Newlands Rotary.

Ruth Joined Kyalami Rotary in 2012 and moved down to Cape Town where she joined Wynberg in 2015. Ruth is a qualified junior school teacher and is passionate about children and will do great with supporting Early Act grow. While Early Act is not officially a Rotary International programme, Rotary 9350 promotes Early Act for grades 4-7 and shares the same purposes as Interact in High School.

We wish them both best of luck and we know that they will grow Early Act and Interact across district. 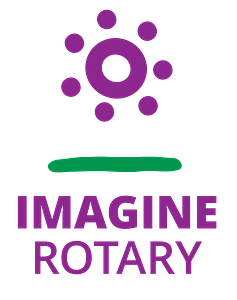