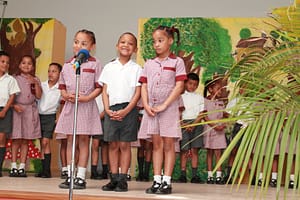 The school hall was filled with 800 learners and 400 adults. On the stage was the Deputy Minister of Basic Education – Mr Enver Surtee – and the Western Cape MEC for Education – Debbie Schafer -both giving speeches. The learners sang the school song, the entire gathering sang the National anthem, and religious leaders from both the Muslim and Christian community offered up prayers. 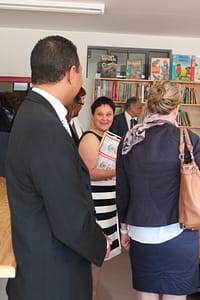 The principal, Mrs Margot Kiewit beamed. This was a glorious day for her learners,  their parents and her staff. Amongst the honorary staff was Mrs Groepies, the wife of the first Principal of the school these 40 years ago.

Wynberg Rotary Club through the Norwegian Liaison Committee is proud to be associated with de Duine.

[All photographs except for Cape Times taken By Sheree Kiewit]