One of the YES projects at Lavender Hill was the implementation of School Houses. These are invaluable in developing a sense of belonging, a sense of friendly rivalry, and a forum for leadership growth.

Over 8 weeks, a van der Bilt student – Ryan Selvaggio – helped develop and implement school houses amongst other projects. He worked extensively with the learners, staff, and other support organisations. One of the guiding principles was that the learners themselves must own the process:- they must decide on house structure, names and leaders.

When Ryan left at the end of July, the house system had just been setup. Principal Manie and his staff were ready to help and guide the learners on this path. We look forward to seeing how this innovation at Lavender Hill helps with the empowerment of the learners.

Below the pictures is the full report as written by Ryan. He was asked to do it the 3rd person. (maybe a mistake on my part:-Stephen Bredenkamp) 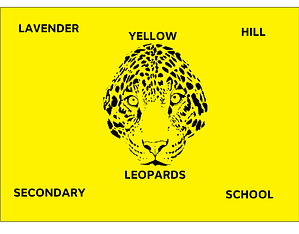 Ryan Selvaggio is a twenty year old from Marietta, Georgia right outside of Atlanta in the United States of America. He is a third year at Vanderbilt University in Nashville, Tennessee where he is studying Human and Organizational Development (a mixture between psychology and business) and is currently pursuing work in the service sector particularly in non-profits or social enterprises that focus on education and mental health as its mission. At Vanderbilt, Ryan is also a part of the Ingram Scholarship Program, a bursary program at Vanderbilt. The Ingram Program’s primary mission is to bring together students in the Vanderbilt community that have shown a dedication to service in their own life and help foster a servant heart and a love of community in their lives and careers in the future. On top of the bursary for tuition through the program, the Ingram Program also offers the scholars an opportunity to apply for a secondary bursary to serve and work for eight weeks anywhere in the world to learn from others and hopefully benefit a community as well. It is through this summer bursary that Ryan came to work in Cape Town at Lavender Hill High School.

In Ryan’s studies at school, he met a professor named Professor Maury Nation who worked in Lavender Hill High School with six graduate students last year and has a relationship with the school from that. After hearing about the opportunity that Ryan has to serve abroad for eight weeks, Professor Nation connected Ryan with June Orsmond, the founder of the Lavender Hill Development Trust and the director of the YES (Youth Empowerment through Schools) School movement in Lavender Hill. After a few months of communicating back and forth and trying to find his fit at the school, June asked Ryan to spearhead the development of school houses at Lavender Hill High School and also help lay the foundation for a Peer2Peer Education program at the school. Thus, Ryan’s main focus was these two programs and was so blessed to have been given this opportunity.

On 8 June, 2013, Ryan arrived in Cape Town to begin his work in Lavender Hill. Throughout his eight weeks in Cape Town, Ryan has expanded his work from laying the foundation for the school houses and the Peer2Peer Education program to also leading a leadership workshop for all of the student leaders at the school, initiating communication between Lavender Hill High and a local non-profit to bring back a mentoring program at the school, and also helped lay the foundation for a survey of the learners in partnership with the Department of Cultural Affairs and sport to ascertain what the learners want from their school. He has kept himself very busy because he wants to pay it forward and hopes that his work at Lavender Hill is meaningful and sustainable.

In terms of the school houses, Ryan played the role of a consultant at the school in order to help ascertain what type of house system would work best at Lavender Hill High. For three weeks, Ryan would meet with a task team that consisted of members of the RCL and prefects, teaching staff, executive staff, Department of Cultural Affairs and Sport, and outside resources such as June Orsmond separately and then together in order to get the different perspectives of the school. After countless successful and fruitful meetings, Ryan created a detailed proposal to discuss with the task team and the task team then decided where to go forth. From the decisions that the task team made, the school went forth and sorted all of the teachers and learners into one of four houses: Red Lions, Blue Buffalos, Yellow Leopards, and Green Elephants (four of the big five). After Ryan leaves, the task team has already decided on how the election of the student leaders at the school will progress. Ryan’s purpose was to help bring together the various facets of the school in communication with one another, help bring all of the ideas of the school together in one proposal to be discussed, and then back off before he left in order to have the school take control of the system. Ryan is so blessed that the houses were able to get off the ground while he was here and he was so happy to see the students and teachers taking charge of things without him too. It is Lavender Hill High’s school houses, not Ryan’s. He is excited to see what comes of the houses in the future!

Ryan also was given the opportunity to teach a six hour leadership workshop to twenty six of the student leaders at the school who were chosen by the housemasters of the four houses at the school as potential leaders in the houses. Ryan’s big focus in the workshop was the idea of “Leading Yourself to Lead Others” and to “Learn from the Past, Live in the Present, and Look to the Future.” Through his various leadership workshops and experiences growing up, he enjoyed creating the curriculum for the class and the curriculum will possibly be used in other workshops in the future at the school too. Furthermore, Ryan was able to reconnect the principal of Lavender Hill with the CEO of a nearby non-profit in order to utilize her skills in mentoring and help reestablish the Ambassadors program at the school for fifteen learners a year. Lastly, Ryan has been in constant contact with the head office of DCAS in order to lay the framework for the facilitation of a survey at Lavender Hill High School that will give Lavender Hill and DCAS a better frame of reference to see what students actually want from their school.