2018 is the 33rd year that Wynberg Rotary Club has staged The Last Night of the Proms in Cape Town City Hall. Normally held in mid-March, this year the City Hall underwent a major refurbishment of the auditorium and we had to delay the performance to end September. Our concerns about the postponement were unfounded, and both evenings’ concerts on the Saturday and Sunday were sold out again, as they have been for the last 5 years or so.

This year’s theme, ‘Sound and Light Spectacular’ lent itself to a colourfully enjoyable occasion with much audience participation with balloons and streamers, and ably led by our ‘resident’ Proms conductor, Richard Cock. The 40 piece Proms Festival Orchestra and the 150 strong massed choirs gave a highly polished performance and an exuberant backing for our soprano Cecilia Rangwanasha. All in all, two evenings’ worth of thoroughly spirited performances, the last of which was played, live over Fine Music Radio.

Beneficiaries this year will include Community Medics, Victoria Hospital and Childline; and the hand-over to representatives will take place at a Rotary meeting later in the year.

Proms 2019 will be back to the mid-March slot – 16 and 17 March. We will be working towards a ‘Spanish’ theme and we hope to entice the support of our loyal ‘Promenaders’ once again to Cape Town City Hall. 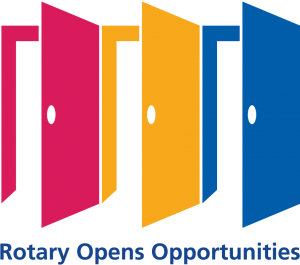 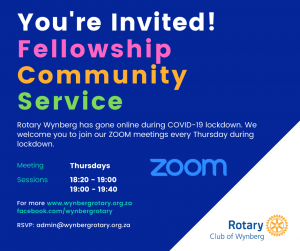